Shellhut Entertainment Co., Ltd. was formed in 2007 as a subsidiary of Shellhut Co., Ltd., a major shellcraft manufacturing and worldwide exporting company located in Bangkok, Thailand. We are a co-financing and producing company specializing in animation, with a well-established international network of pre-production, production, and post-production partners.

Toonnimation is a family entertainment company focused on action-comedy, across a wide variety of genres. Our creative team is presently developing the property, THE GREAT HERO, as both a television series and a feature film. Born in 2011, Toonnimation is quickly becoming a vital center of global animation in Thailand. 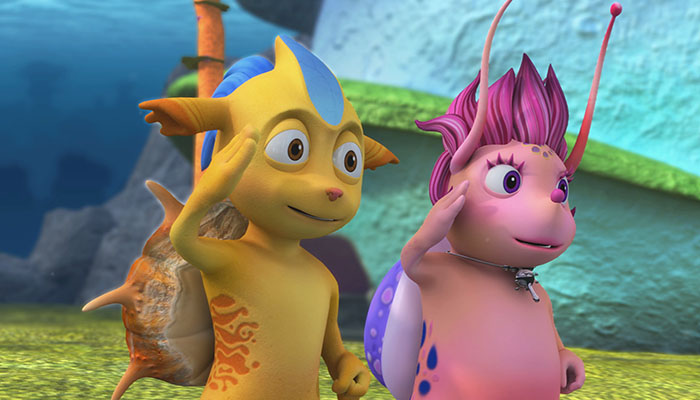 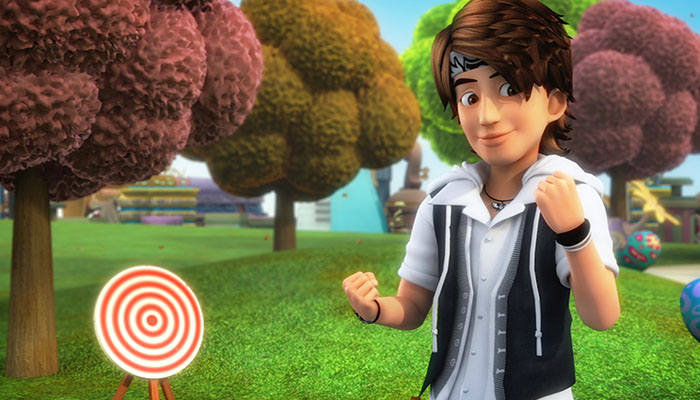 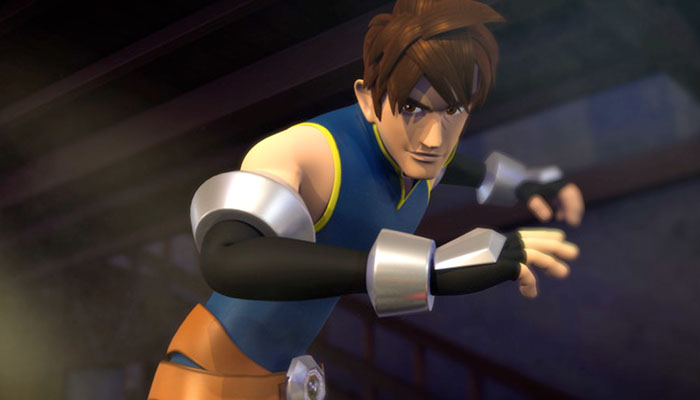 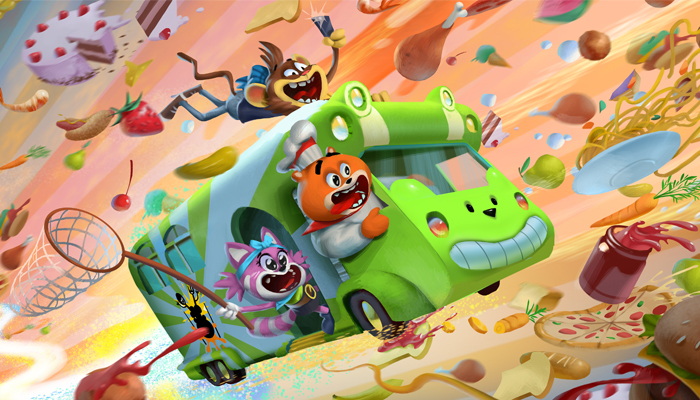 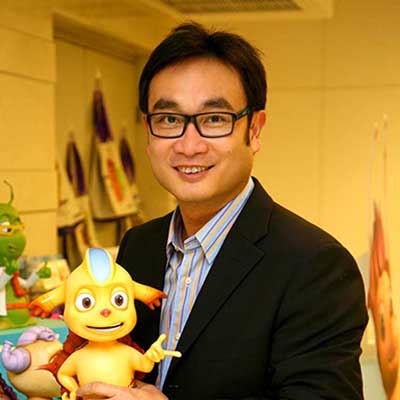 Dr. Jirayuth, known as Tan, the man behind Shelldon’s success, is a doctoral degree in Finance and Economics with several academic awards. Following his doctoral graduation, he became a Managing Director at Shellhut Co., Ltd., a shellcraft manufacturing and exporting company located in BKK, Thailand. The family-led company was established in 2000 to build on their shared passion for the sea and the creatures that live in and around it. From the starting point of working at Shellhut, Tan decided he wanted to do something out of the ordinary to encourage interest in sealife. He came up with the concept of animation involving seashells. It took years of research and development before he was satisfied that what he had was different and special enough to build into a world of seashell animation and cartoons. 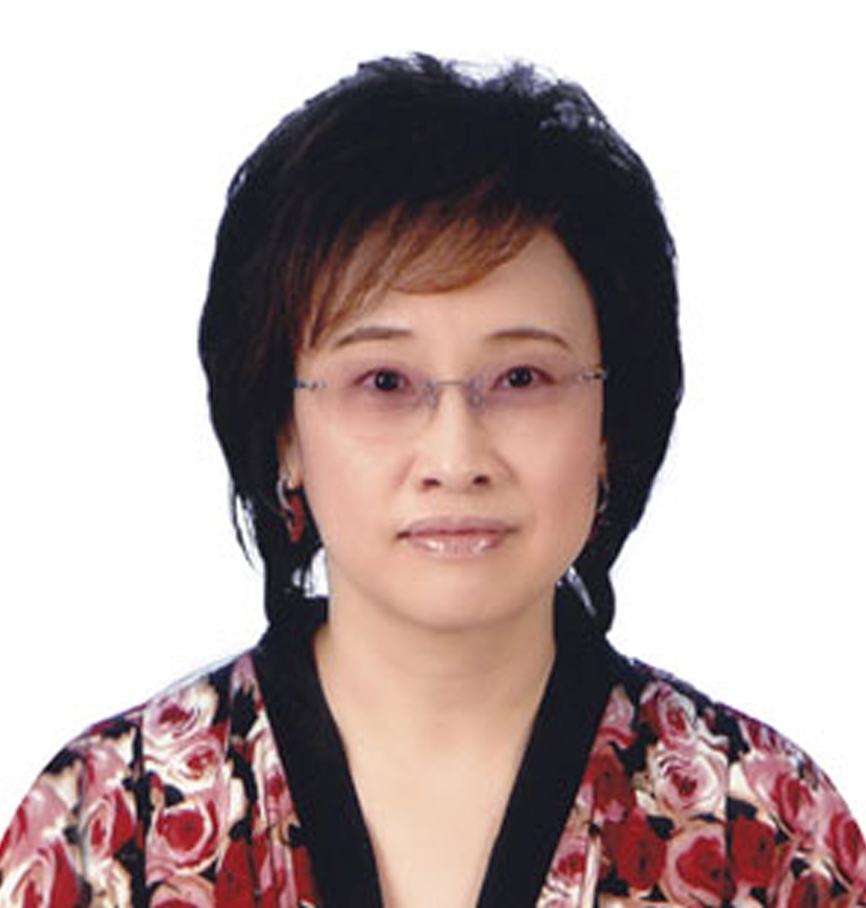 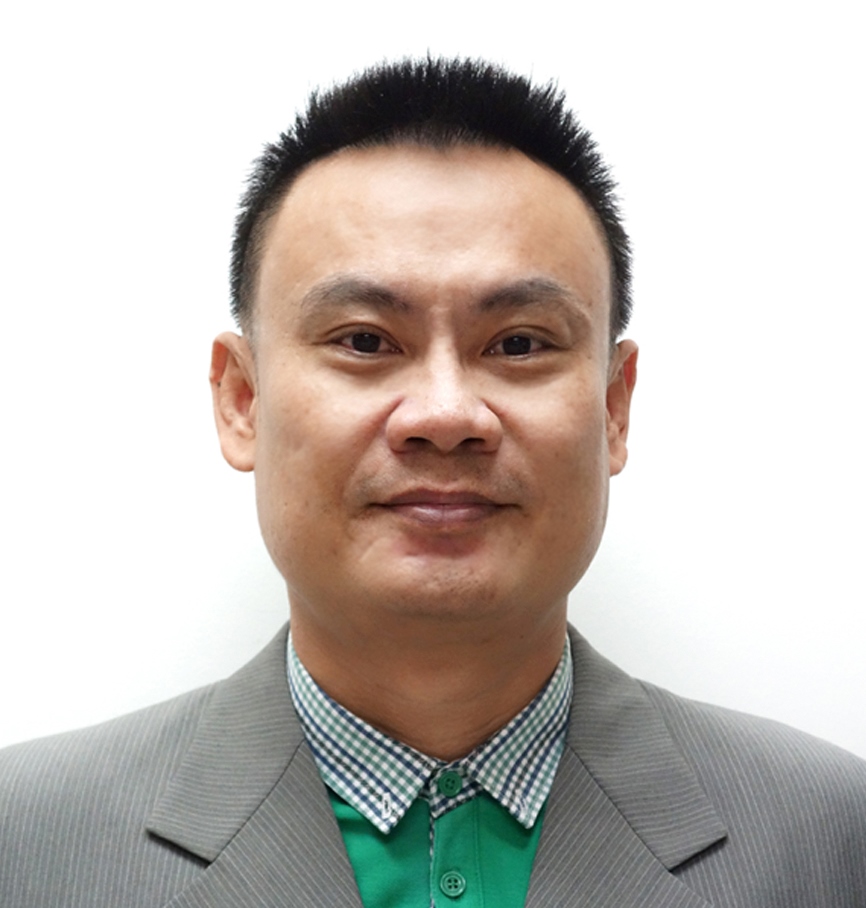 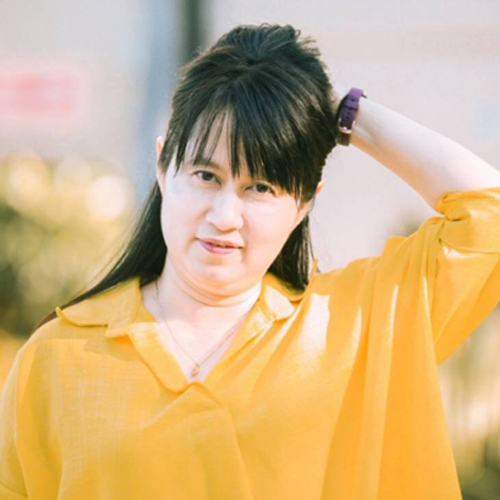 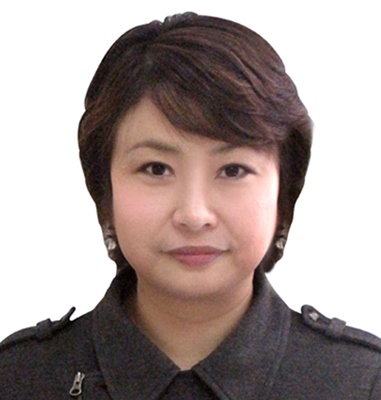 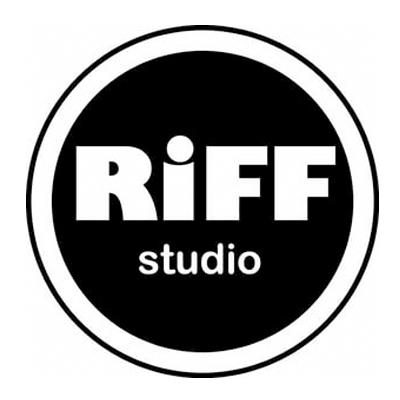 Founded: 2009 Location: Bangkok, Thailand
RiFF Animation Studio is a studio with strong emphasis on 3D character animation. Our animators are dedicated professional backed up by full production team. Our service covers full production pipeline: from concept design to post-production. Our works include animation shorts, animation series, animation featured films and commercials.
At RiFF, we strive to train new talent and raise the bar of animation skill. At our schools and training facilities, we invited not only our team but everyone to participate in our workshops. 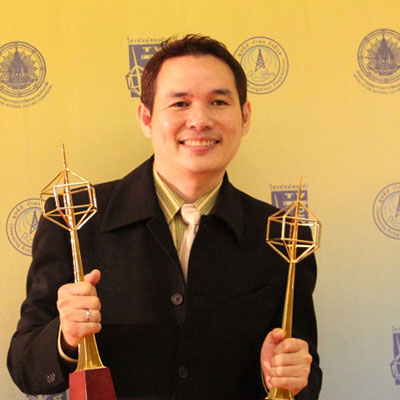 Kraipit, also known as "Kyle", is the Chief Technology Officer (CTO) with interests in developing captivating digital products by deploying innovative multimedia technologies. He also functions as the Deputy Managing Director putting the company on the growth path by managing the company's financial, product development, investment and marketing.
With his training in finance and economics, acute international markets awareness and having worked for Multinational Companies (MNCs) such as IBM and Oracle in Business Development positions, he is valued by his peers and investors for his management and business development capabilties. He holds two Master degrees from USA. He obtained his first Master with Master of Business Adminstration (M.B.A.) from Cleveland State University, Ohio USA after graduating from Kasetsart University, Bachelor of Engineering in Industrial Engineer. His second Master degree is Master of Science in Finance & Economics after awarded the prestige Dean Scholarship from West Texas A&M University, Texas USA. He is extremely passionate & confident about Shellhut Entertainment's future prospect. He will apply his versatility, innovative drive and integrity to develop long lasting, socially responsible, and loveable digital products 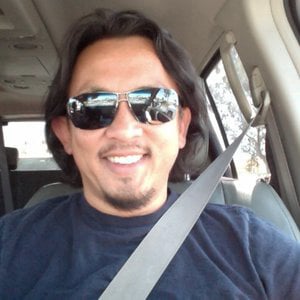 Armand has been in the animation industry for more than two decades.

Armand graduated from the University of Santo Tomas in Manila,

Philippines with a Bachelors Degree in Civil Engineering. He started his

career in 1990 by joining Fil-Cartoons, a Hanna Barbera studio based in

Manila. His increasing passion for animation moved him to the Philippine

Animation Studio in 1993 and supervised the 2D layout department for

Soon after, Armand moved to the US and joined the Walt Disney

Animation Studios in Florida. He worked on the studio’s successful

In 2004, Armand joined the newly-formed Sony Pictures Animation to do

visual development. He developed a total of 15 projects for the studio and

His film credits include, Surf’s Up, Cloudy With A Chance Of Meatballs,

Arthur Christmas, and Hotel Transylvania. Then after Sony, Armand served

as Production Designer for an independent animated film Animal Crackers for

Blue Dream Studio in Spain. The film is slated to be released September 2016.

worked on Big Hero 6. He recently completed  Zootopia which is slated

to be released March 4, 2016. Armand also works as a freelance designer

in the game and commercial industries. He is based in Los Angeles, California.

Sean's first work as a professional artist began in 1979 as a scenic artist at a stage theater. Although he moved on to other non-art jobs, he continued freelancing as an artist, cartoonist, and illustrator until 1990 when he moved to Los Angeles to begin his career in animation. While working at the Don Bluth Studios in Burbank, CA. Sean advanced from Inbetweener to Assistant Animator. Before long he was also learning layout and background painting. In 1993, Sean started with the Walt Disney Feature Animation Studios in Orlando, FL. as a Senior Background Painter. By 2004 Sean had enjoyed experiences in storyboarding, mentoring, art directing, visual development, and supervising the backgrounds department. Since leaving the Disney studios, Sean has freelanced in theme park design and concept development, teaching at the college level, storyboarding and production design for motion pictures, as well as continued involvement in animation projects. Sean has a BFA in illustration. In his 40 + years of experience Sean has earned three THEA awards for themed entertainment excellence, has over 15 film credits, and countless other projects to his credit. 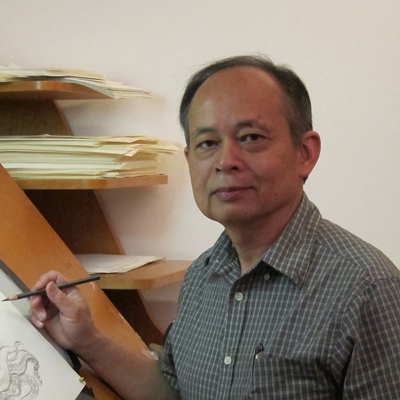 Born 1953 in Okinawa, Japan (father from Philippines, mother from Okinawa)

Attended the University of Pennsylvania (in Philadelphia, Pa) 1971-75; majored in architecture

First job in animation was as trainee in Farmhouse Films (Honolulu, Hi), 1979-80

Moved to Los Angeles in 1980; worked for Hanna-Barbera Studios in models and layout department (1980-81): Mr. Cool and the Happy Days Gang; Smurfs

The following is my list of film credits at Walt Disney Feature Animation:

"Rescuers Down Under" (1990; supervising animator, Jake the Kangaroo Mouse) 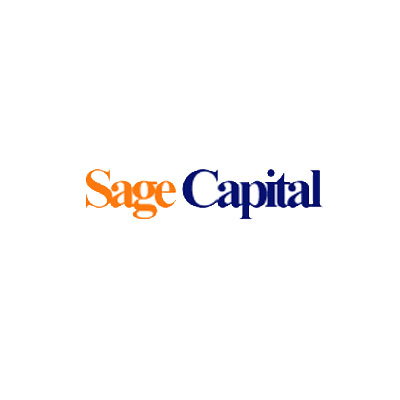 In a world where so many aspire to become large financial supermarkets offering diverse products such as wholesale finance, retail finance, brokerage, investment banking and so on, we at Sage Capital believe in focusing only on what we do best - providing effective, tailor-made financial advices to our clients. Whether it is a buyout, corporate and financial restructuring, or fund-raising, we can provide a creative and comprehensive solution to satisfy our client's requirements. Sage Capital is an SEC-approved financial advisor, and our team comprises experienced professionals, most with over 15 years of direct experience in the financial field. Our successful track record includes many of the largest and most complex M&A and restructuring transactions in Thailand, as well as a large number of distressed assets, corporate finance and capital markets cases. With our extensive alliance network of high net worth investors, institutional investors, commercial banks, securities firms, and professional services firms, we can independently select the most appropriate partners to achieve the objectives of our client in each case with minimum conflicts of interest.

In addition, Sage Capital is a member of the Alliance of International Corporate Advisors (AICA), a global network of independent M&A advisors. The alliance provides Sage Capital local relationships and insights as well as diverse expertise, which enable us to offer high quality advices on cross-border M&A transactions. 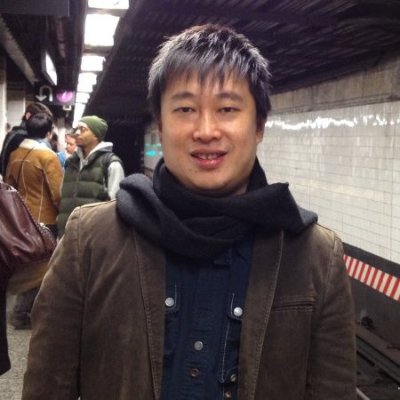 David Kwok: CEO / Line Producer - As founder and Chairman of Tiny Island Productions strategic partner – the Singapore Animators Connections (SAC) since 1998. Over the last 7 years, David has successfully managed productions of both short and long-form animations for local and international clients. David is also responsible for the drive for the development of SAC expertise in the areas of production pipeline planning, production skills development, manpower resource development and critical business knowledge. He continues to work in close collaboration with various government agencies, educational institutions and industry players to promote the Singapore 3D animation industry. 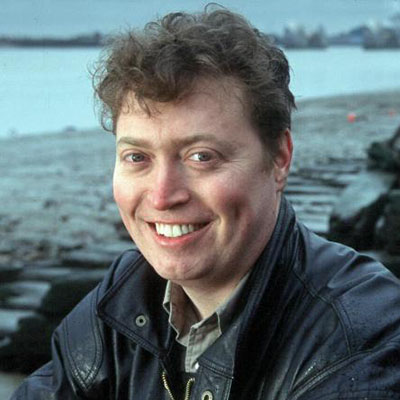 SHELLY GOLDSTEIN (Writer, Executive Story Editor and Lyricist for SHELLDON) Shelly has written for every genre of television, film, animation and stage. She has written screenplays, teleplays, special material, song lyrics and librettos for such artists as Steve Martin, Sharon Stone, Whoopi Goldberg, Liza Minnelli, Paula Abdul, Cybill Shepherd, Eva Longoria, Paul Newman & Robert Redford, Morgan Freeman, James Earl Jones, Donald Trump, Yoko Ono, and George Lucas. Her one-woman cabaret shows have played to record-setting crowds in the US and UK. She co-starred in the UK films, THE RIDDLE and BOG BODIES and sang the voice of "Hillary Clinton" in the SnideTV comic music video, "Obama on the Run". Animation writing credits include Disney's JOJO'S CIRCUS, PBS' Award winning, WIMZIE'S HOUSE and a polish on the Amblin/Universal feature, BALTO, produced by Steven Spielberg. She wrote the book for the musical, LAST DANCE which recently workshopped on Broadway. 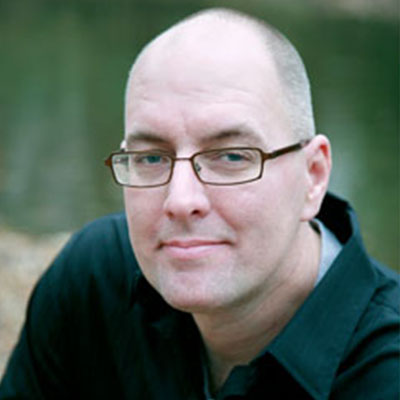 Tom Bancroft more than 25 years of experience in the animation industry, most of which was for Walt Disney Feature animation where he was an animator for 11 years on films like: “Beauty and the Beast,” “The Lion King,” “Aladdin”, “Mulan”, and “Brother Bear”. He has been nominated for Annie and Rueben division awards, spoken at the Kennedy Center and awarded an entry into the Chicago Children’s Film Festival.

His popular character design instruction books, “Creating Characters with Personality” and “Character Mentor” have become the most recognized books on designing characters for animation, video games, comic books, and cartooning and are required textbooks at many art schools around the world.

Addtionally, Bancroft recently launched an art instruction website (TaughtByAPro.com), a daily sketching app (SketchBite), and is Head of the new Animation undergraduate program at Lipscomb University in Nashville, TN, where he lives with his family.

Since completing his degree in Product Design, Raj Rihal’s award winning independent
consultancy TOTALRIHAL has contributed to a variety of projects in Film, Television, Games,
Themed Entertainment, Architecture, Automotive and Product Design. His film resume includes
blockbusters such as Thor, The Avengers, Men in Black 3, The Divergent series, Scorch Trials,
Oblivion, Mitty and GI Joe Retaliation, to name a few. Raj has contributed visualization skills
and in depth research and design to companies such as Honda Advanced Design, Toyota
Advanced Design, Walt Disney Imagineering and Emberlight - a smart lighting tech start up.
Additionally, Raj has been an instructor of design and visualization at both Art Center College of
Design and The Gnomon School. His published work can be seen in the Art of Thor, the Art of
the Avengers and In the Future.
He is a member of the Art Directors Guild. 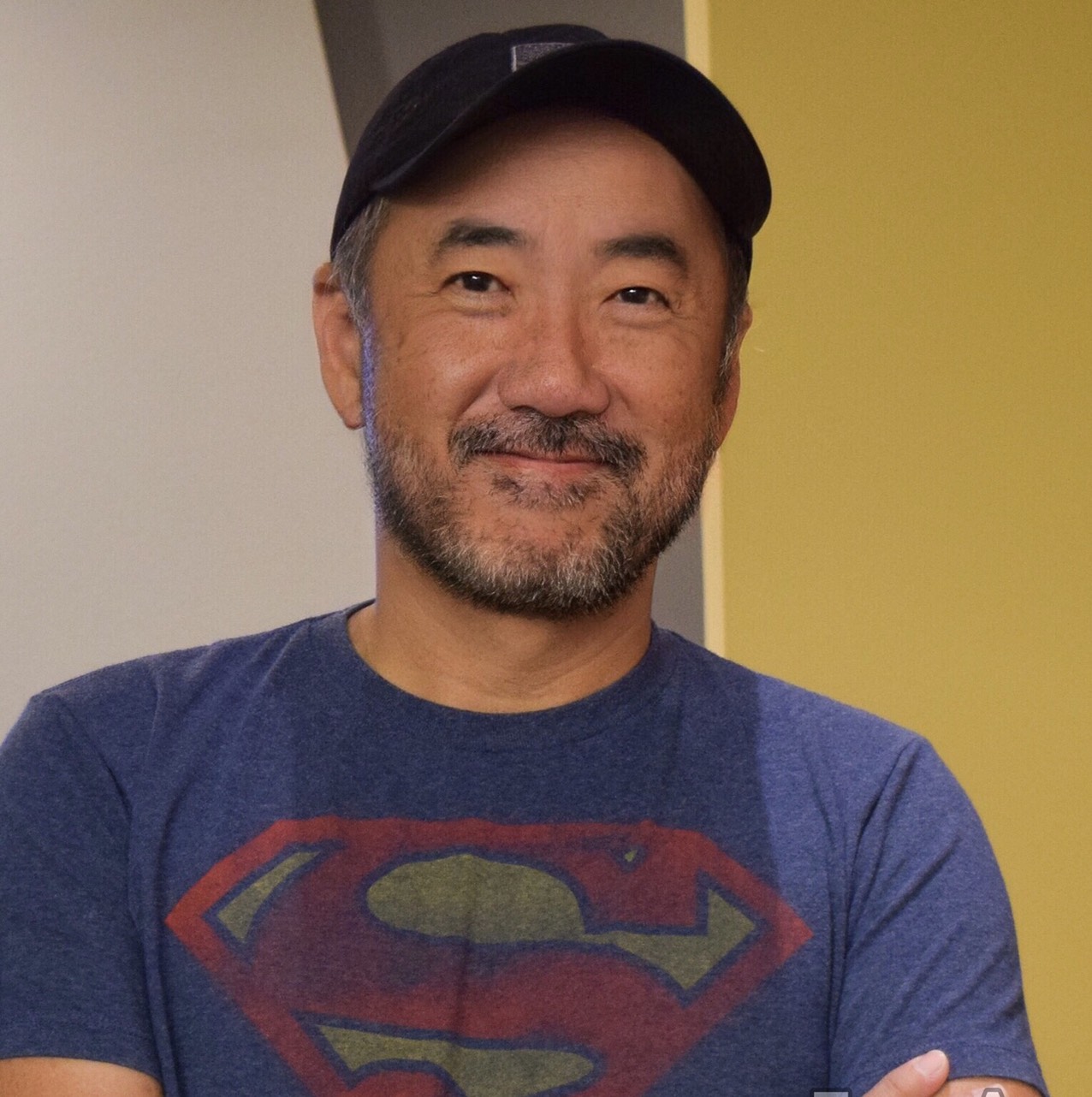 Paitoon graduated with a BFA in Industrial Design with an Outstanding Senior in Industrial Design Award from Columbus College of Art and Design, Columbus, Ohio, USA.
Following graduation, he joined the Walt Disney Company and worked on 9 animated feature films with Walt Disney Feature Animation Studios (The Lion King, Pocahontas, The Hunchback of Notre Dame, The Emperor's New Groove, Mulan, Tarzan, Beauty and The Beast/Special Edition, Lilo and Stitch, and Brother Bear).

in 2011. Paitoon was chosen to be a Thai-­‐US Cultural Envoy by the US State department.